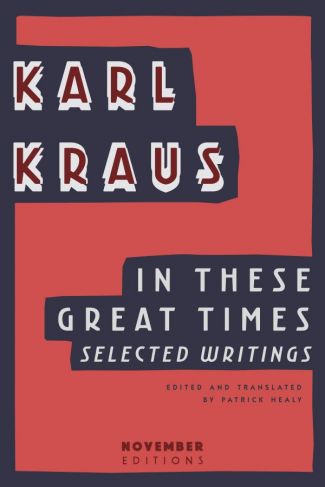 In These Great Times: Selected Writings by Karl Kraus

Perhaps one day man will […] see what a small occurrence such a world-war was when set against the spiritual self-mutilation of mankind by its newspapers, and how the war was at bottom just one of its manifestations […] Allow me to overestimate the press. But if I maintain incorrectly that an epoch which takes the special edition so lightly as the event itself, and with excited nerves takes lies for facts, if it is not true that more blood has flown from telegrams than they claimed to contain, then let this blood be on my hands.

Karl Kraus was a razor-sharp observer of fin-de-siècle Vienna. His work is inventive, subversive and immensely insightful. In 1899, Kraus established his own journal, Die Fackel (The Torch), and set out ‘to drain the marsh of empty phrase-making’, aiming his satire at favourite targets such as the press, psychoanalysis and Zionism.

According to Kraus, much of the social and political divide in Vienna – where the issue of immigration was leading to mounting tensions and a virulent rise in anti-Semitism – was caused by the mass-circulation of the press, whose manipulation of public opinion by means of a language made up of mangled clichés and hackneyed phrases was corrosive of political and social life.

This view dominates the despairing vision painted in his most outstanding creative achievement, The Last Days of Mankind, an apocalyptic drama written in response to the outbreak of World War I which runs to over 200 scenes and includes a cast of nearly 500.

Alongside a selection of outstanding essays (including “A Crown for Zion”; ‘ “Salomé” and “In These Great Times”), this collection includes the prologue and complete first act of The Last Days of Mankind, as well as a selection of aphorisms culled from Die Fackel. A large part of the work featured here is being presented in English translation for the first time.

Patrick Healy, writer and philosopher, currently works as a senior researcher at the Technical University Delft. He lives in Amsterdam. For an overview of his publications and related activities, visit his website: www.patrick-healy.com. 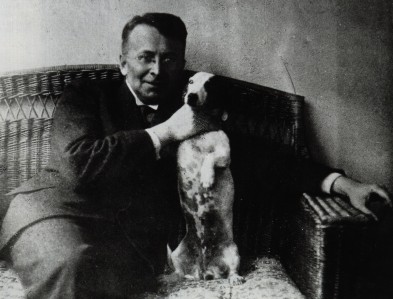