The Invention of Expressionism by Max Raphael

This collection contains the early writings of the German art historian Max Raphael, published between 1910 and 1913. First rediscovered by Patrick Healy and published in German as Das schöpferische Auge (1993), they are presented in English translation here for the first time. In these texts, Raphael develops the earliest analytical account of a new art movement emerging in the German speaking world, and will name it ‘Expressionism’. In defending the modernism of artists such as Pecstein, Nolde, Heckel and Schmidt-Rottluff, Raphael challenges the hostile reception of their work by institutions and contemporary criticism. From a comparison of their output to that of Impressionist luminaries like Liebermann and Corinth, he will proceed to identify the guiding principles of Expressionism, ultimately formulating a solid theoretical foundation for this artistic revolution. 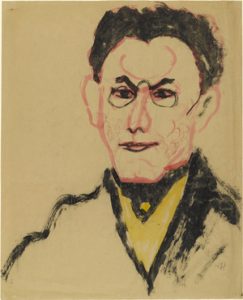 Max Raphael (born 1889) studied philosophy under Georg Simmel and Henri Bergson, and art history under Heinrich Wölfflin. In 1911 he met Picasso in Paris, where he was studying the Impressionists and the work of Cézanne and Matisse. The meeting would result in his first book-length study, Von Monet zu Picasso (1913). From 1925-1932, Raphael taught at the Volkshochschule Gross-Berlin. He lived in Paris between 1932 and 1940. After the outbreak of WWII, he was interned in concentration camps twice. In 1941 he emigrated to the U.S. Living in New York, he spent his last eleven years working on the analysis of Paleolithic cave paintings. He took his own life in 1952.

Patrick Healy works as a senoir researcher at the Faculty of Architecture, TUDelft. His earlier translations include Carl Einstein’s Negro Sculpture, a collection of writings by Karl Kraus titled In These Great Times, and the complete text of Kraus’s magnum opus, The Last Days of Mankind.