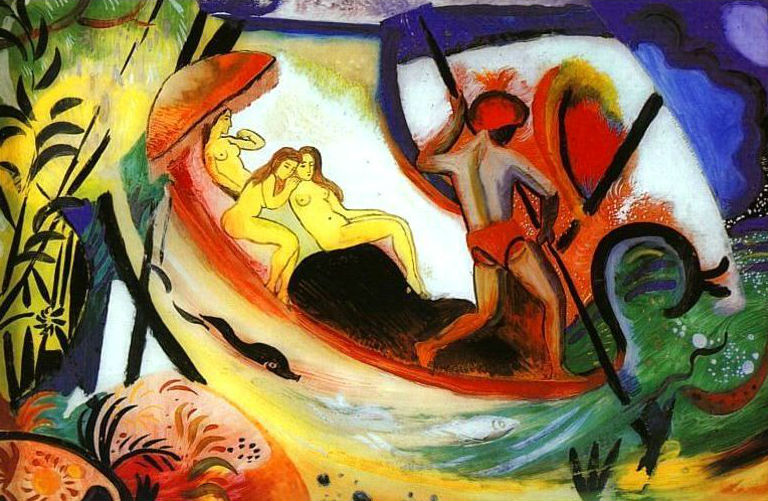 Today, November Editions is proud to announce the launch of its website and the publication of its first three ebooks.

Based in Amsterdam and Berlin, November Editions specialises in first-time English-language translations of German Expressionist writing from the early 20th century. Our translations will appear exclusively in electronic format and be available from all major retailers.

A product of the period in German history that violently ushered in the age of modernity, the Expressionist movement brought forth a variety of remarkable literary works by authors who experimented with new forms of expression to give voice to their experiences in a fractured world uprooted by social chaos. The years between 1905 and 1925 saw the outbreak and duration of WWI, the abdication of the Kaiser, several attempts at revolution, hyperinflation and the birth of the fragile and short-lived Weimar republic. The shock of this upheaval is reflected in central Expressionist themes such as metropolitan estrangement, madness, addiction and the horrors of trench warfare.

The daring ‘newness’ of the Expressionists, their stylistic experimentation, would exert its influence far beyond the borders of the collapsing German Empire. In England, for example, authors like Joyce and Eliot took take ample inspiration from their work and by absorbing it allowed its resonance to travel far and wide.

Despite its obvious literary and historical importance, the literature of German Expressionism remains relatively unknown in the English-speaking world. Besides the work of a handful of authors –Benn, Trakl, Georg Heym– the prose and poetry of others still awaits the recognition it deserves and which is long overdue. Needless to say, it is our goal to help change this situation.

With the rise of the Nazis, who despised all forms of modern art, Expressionism was outlawed. In a sinister effort to rid Germany of the hated artistic products of modernity, paintings, prints, sculpture, everything at hand was seized and sold off to the highest foreign bidder or simply destroyed. A similar fate would befall modernist literature in 1933, the year in which large book burning events took place and publications considered ‘degenerate’ were consigned to the flames. Attending the main event in Berlin, Joseph Goebbels referred to the blacklisted authors as the ‘intellectual backbone of the November (i.e. Weimar) Republic’. In other words, they were held directly responsible for Germany’s ‘humiliation’ and economic collapse after WWI. Each of the three authors we presently publish in translation was on the blacklist.

Our first choice of titles gives a fair impression of our editorial policy: we publish translations of modernist prose and poetry on one hand, and contemporaneous theoretical texts on the other. Our first three books offer a taste of everything: from prose and poetry to a stage play, from aphorisms to essays and from satire to art criticism:

So, step aboard and join us as November Editions launches and we set sail in search of some of the great lost treasures of literature. Meanwhile, on a more prosaic note, don’t forget to follow us on Facebook and stay up to date with our activities by signing up for our news notifications.